Coordinating Project Control Manager for Midden Noord, Zuid Kennemerland and IJmond, for the province of North-Holland, The Netherlands 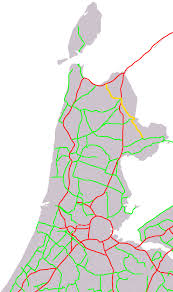 The province of North-Holland is developing integrated area contracts where the maintenance-management of an area is outsourced to one or several teams. In an area contract, the province collaborates closely with the market for a duration of ten years, relying on its drive for innovation. To do so, the organization has divided the area into 7 segments, of which the areas two, three and four are covered by this projectteam.

'The Contractor' performs maintenance and control on bikelanes, waterways, locks, bridges, traffic lights, lighting columns and the greenery that is property of the province. In addition, the Contractor is responsible for handling incidents and combating road slipperiness. The activities that we carry out include: mowing the verges, pruning and keeping the plants free of weeds, emptying waste bins, removing advertisements and graffiti, repairing road signs and signage, repairing asphalt and paving, greasing of the movable bridges, repairing disturbances to light towers and traffic lights, repairing embankment along waterways and keeping watercourses at depth.

The province remains the owner of the area and manages the overall condition of the area. The contract concluded with the combination is managed by a project team that is set up and works together according to the IPM model. FullCare! has provided the Coordinating Project control since November 2018. Who not only works for the "area team", but also fulfills the role of Project Control Manager for a number of investment projects (Reconstruction and / or maintenance of, among others, N504, N505, N506, the Rekervlotbridge and Ringroad around the city of Alkmaar)

Manager Projectcontrol ‘Network Randstad Rail’ for the Municipality of The Hague 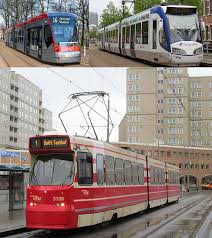 Network Randstad Rail (NRR) is a plan made in cooperation with the Metropole-region Rotterdam The Hague (MRDH) to handle the growth of the number of passengers and improve the overall public-transport quality and experience. From 2015 on, the current trams will gradually be renovated with a newer material of the type Avenio and the rails will be replaced by ones fit for these new vehicles. For the past years the three companies working on the project Infra NNR- Metropole-region Rotterdam Municipality of The Hague, HTM and the direction Municipality of The Hague – have collaborated from design to realisation to establish this renovation. As Manager Projectcontrol I implemented the IPM cooperation model further within the organisation, and brought the project control of NNR - obviously with the Projectcontrol team -to a higher level. The project will last for at least the 4th quarter of 2017, but there are also sounds heard About a possible expansion of other tram lines inside the Metropole-region. 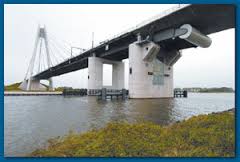 The Island-bridge is a bridge that has won an architecture award a couple of years ago. This makes that the bridge deserves special treatment. And it gets just that. Renovating its control-system will make the bridge up to date again. I’ve been the manager project control of this project since 2014 and have been responsible for the complete integral Projectcontrol. A particularity here is that we work according to the ‘Lean’ principle; no big teams led by role-holders, but give as much tasks to a small and quick-witted IPM team taking as much tasks as possible.

Integral Projectcontrol for the 'City Lane', in order of Rijkswaterstaat

In this particular project, FullCare! provided its service ‘as a product’. The 'City Lane'-tunnel is a land tunnel located next to the highway placed over the A2 highway at Utrecht. The controlling and security system of this tunnel – made in order of the municipality of Utrecht and has been opened in early December 2015 -will be 'migrated' to the Traffic Control Centre where also the controlling of the highway-tunnel mentioned before is being done. Besides the service of Rijkswaterstaat, the Central Information Supply and other governmental agencies are also involved. According to the planning, this project was ended in late 2016. 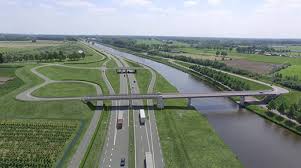 The province wanted to make the N279 a 2×2 road where the speed maximum would be 80 km/h. At a later moment this then could be increased to 100 km/h. For the province the IPM model is new, as well as its meant execution. The job included two goals; bringing the project – that started in 2014 – to the realisation-phase and implementing the IPM model further into the organization.